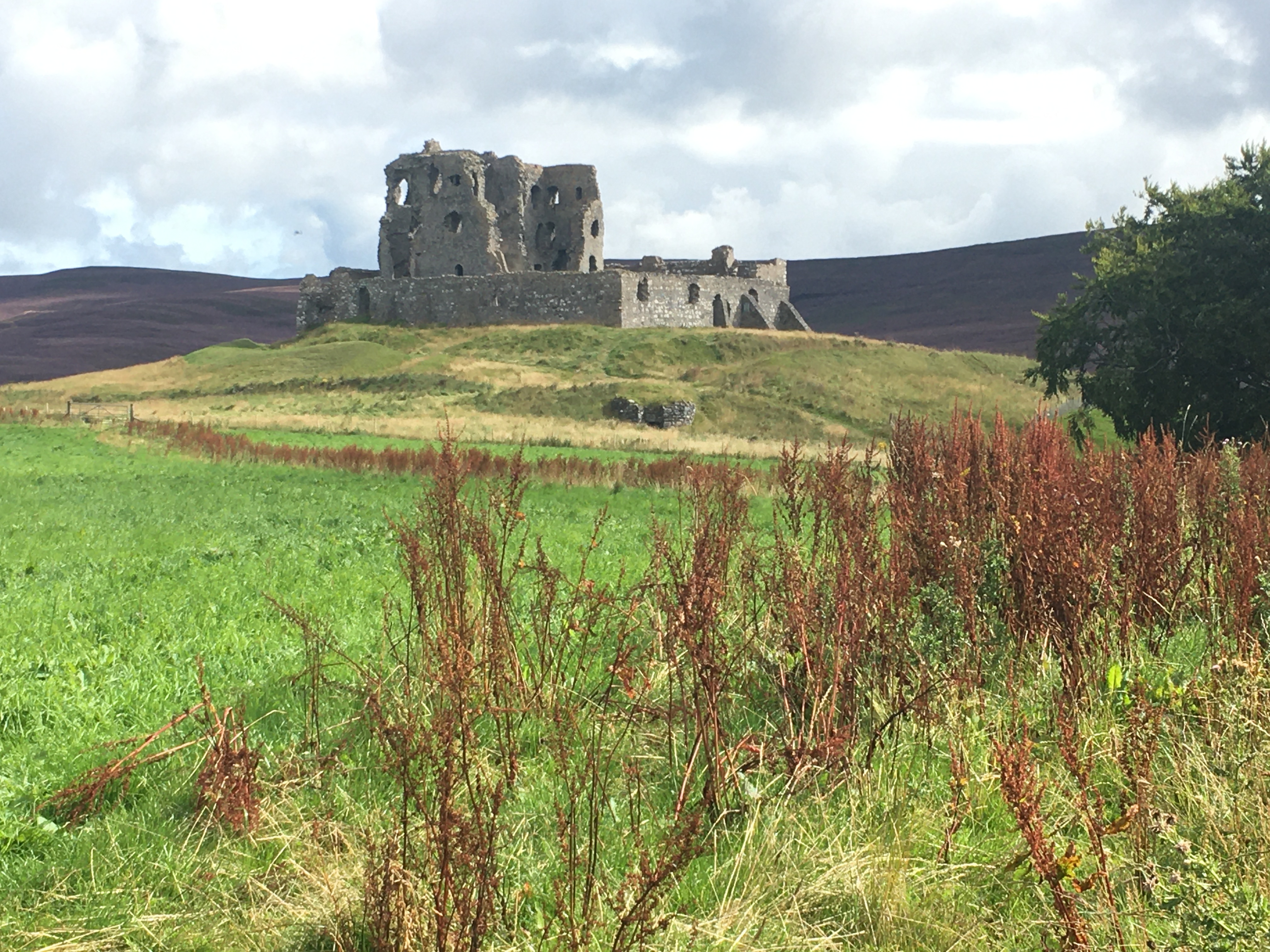 This Victorian-set novella (part of Snow-Kissed Proposals with Elisabeth Hobbes) was inspired by a trip I took between lockdowns in 2020 with some of my family back to our old home in Aberdeenshire. We lived here on a croft with a herd of Highland Cattle and an unknown number of cats for several years, but I hadn’t been back for so long that everything seemed completely new. 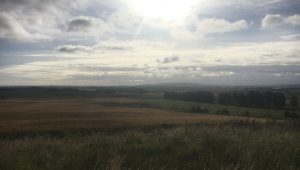 Location is really important to to me as a writer. My stories usually start off with a place and the characters grow from there rather than vice versa. So this view, from our rented holiday house, looking south-east over rolling fields of barley towards the North Sea was really inspiring. The yellow and pink sunrises were stunning, but cold even in August. Also, they were a little too early. I’m a morning writer, but this was too much even for me. And with the amount of barley –  there was no way I could write a story WITHOUT some whisky – which is how I came up with Meggie’s Distillery (named after my dog).

Sidenote: I LOATHE whisky. We went to Glenfiddich in an attempt to change my mind, but it’s no use. I can’t drink it.

The real inspiration for my story came from this place, New Aberdour Beach, a place I visited a lot as a toddler. There isn’t much sand, just lots of shingle and red stone, but for me it’s one of the most beautiful beaches in the world. I sat on the rocks one evening and thought about what kind of hero and heroine might plausibly live here and before long I came up with Angus and Fiona.

Then there was Pennan (if you’ve seen the film Local Hero, you might recognise the phone box) and Fraserburgh, one of the largest fishing ports in Europe. It was a little windy – as you can see by my hair – but the sand dunes were perfect for rolling down. HIGHLY recommended!

Finally, you CANNOT go to Scotland without visiting some castles, especially Aberdeenshire which has more per acre than any other county in the UK, including Balmoral, Dunnottar and Craigievar. On the drive home, we visited 5-6 (I forget) in one day. Most were closed because of COVID, but we were still able to climb around a few of the ruins so naturally I threw some into my story too. Tbh we took such a random route that by the time we arrived in New Lanark that evening, we couldn’t find anywhere to eat and had to eat custard creams and Kit-Kats for dinner, but still, castles!

I often think the east coast of Scotland gets neglected in favour of the Highlands and okay, I’m biased, and no, there aren’t as many mountains and glens, but it’s still well worth a visit. 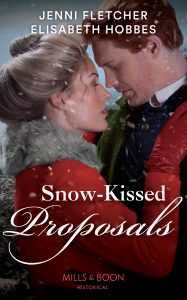 And if I’ve inspired you or you just fancy a Christmas read, you can pre-order Snow-Kissed Proposals here 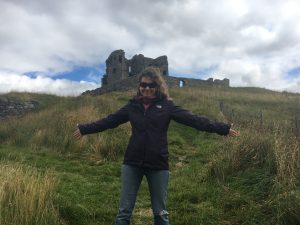