An Interview with Blythe Gifford

All writers have other authors who inspire them, and one of the most inspirational for me is Blythe Gifford, who I’m thrilled to be interviewing on my blog today. She was incredibly nice to me even before I was published, so she’s a genuinely lovely person too!

Blythe’s debut novel The Knave and the Maiden was a Romance Writers of America Golden Heart Finalist in 2000, and her eleventh book for Harlequin Historical, Rumours at Court, is being published in May. I’m very excited about that, so we’ll start there. 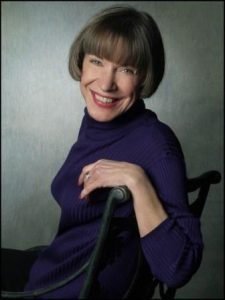 Hi Blythe, thanks so much for chatting with me. Rumours at Court is the third in the Royal Wedding Stories trilogy, although each is a stand-alone novel in its own right. What inspired the series, and what would you say is the connecting thread?

First, thanks so much for your kind words! I’m delighted to be here.

On the inspiration for the Royal Wedding stories, it’s a fun story. When Prince William and Kate Middleton were married, Mills and Boon published several Royal Wedding shorts, each of which took place around a real royal wedding in history. (Those are now collected in Royal Weddings Through the Ages Amazon) I was invited to participate, but I was on deadline for The Brunson Clan trilogy and could not make the time, but I loved the idea. When it came time for my next book, I decided to go with that concept, but lucky me, I could write a whole book, not just a short story.

Was it always an ambition to write, and how did you get started?

Somewhere, I have the beginning of an historical novel I started in pencil at age ten. (It was a western wagon train story, complete with illustrations.) And I graduated from college with a degree in English Composition, so yes, I was always a writer, but I didn’t start to write fiction seriously until a corporate layoff. This was back in the days that companies provided “outplacement services” and the counselor suggested I write a list of everything I wanted to do in life. “Write a book” was still on the list and so, I began. It was more than ten years and one layoff later that I sold my first book.

You also work in consultancy. How do you balance writing with another career?

Balance them? (She laughs, hysterically.) It’s more like a teeter-totter, which means they fluctuate wildly up and down. But on a “normal” day, my routine is to write in the morning and do the consulting work in the afternoon.

One of my favourite things about your books is that you often include real historical figures (especially overlooked ones like Alice Perrers and Joan of Kent). How much research does this involve?

I’m so glad you like to see real people. I like to feel as if I’m telling stories that could have happened, if only we could peak behind the curtain, so I try hard not to violate historical fact.

How much research? Lots! And I love the research, but one research challenge, is the lack of information on women of that time period. For most of these women, there is not even one full-length, scholarly biography. (I found an unpublished master’s thesis about Joan of Kent and felt as if I had hit the jackpot!) This is in stark contrast to some of the kings, who have been psychoanalyzed in print for decades. For a writer, that has some advantages: it allows creative license in building a character.

RUMORS AT COURT includes my all-time favorite historical personage: Katherine Swynford. She was the lifelong mistress of John of Gaunt, the king’s son, became his third wife late in their lives, and their descendants sat on the throne of England. Their love story sparked my interest in the English royal family of the 14th century, so I’m excited that this book includes them as secondary characters.

Your heroines are feisty, but always believable (even when they’re disguised as men). One of my favourites, Anne of Stamford from Secrets at Court, has a clubfoot, but doesn’t let herself become a victim. How hard is it to write three-dimensional, feminist heroines in an era when women had comparatively few rights?

Thank you for that lovely compliment. I wanted very much to do justice to Anne. But you are right. It can be frustrating to create characters who are believable both in their own era and to modern eyes. A medieval woman had three career paths: nun, prostitute, or wife. Obviously, only one of these belongs in a romance novel! The only women who might hope for a breath of independence were widows, such as Valerie of Florham, the heroine of RUMORS AT COURT. And her hopes are dashed when she is forced to marry. In some ways, the lack of external rights forces a writer to wrestle with the question: How could a woman navigate such a world and maintain any sense of self? Perhaps that’s what leads me to create strong women. They had to have strength of character to survive.

Rob Brunson from Taken by the Border Lord is one of my all-time favourite romantic heroes (I like dark and brooding). Do you have a favourite hero and heroine? They can be from different books.

So glad you liked Rob. He was the strong, silent type and a bit of a puzzle to me for some time. Usually, I say my favorite is the one I’m working on. And it’s hard for me to separate the hero from the heroine. They are created, literally, to be together. With all those caveats, however, I do have a fondness for Jane and Duncan from IN THE MASTER’S BED. In some ways, Jane’s situation is most similar to many of today’s women, working in a man’s world.

Last of all, the desert island question. If you could only take 1 book, 1 film and 1 piece of music to a desert island, what would they be?

I would take James Joyce’s Ulysses, because I once promised my parents to read it and I think being alone on a desert island with the book might be my only shot! And a movie? Maybe Tom Hanks’ CASTAWAY for inspiration and encouragement…But you meant the question a little differently, didn’t you?

I’d have to say my favorite book is KATHERINE by Anya Seton. That’s the novel that told the love story of John and Katherine, who now appear in RUMORS AT COURT and started my interest in the English Royal Family. I could list so many favorite movies, but must say I’ve watched PRETTY WOMAN over and over. It’s a perfect romance structure.

But one piece of music? Impossible. I have music playing all day long to suit, or create, my mood. And each book has a soundtrack. It helps keep me at the keyboard, because once I put on that music, I automatically open the book file. For RUMORS AT COURT, I played many versions of Stella Splendens, one of the oldest written songs. It is found in a 14th century Spanish manuscript — very appropriate, since in the book, the king’s son has married the ostensible Queen of Castile (Spain) who now lives in England, longing to return home. I like to think she knew the song and it would have reminded her of her native land.

Thank you so much for chatting with me. I can’t wait to read the book!